Our clients are already great at what they do. What WE do is help them find and attract new customers, new sales, and new opportunities. 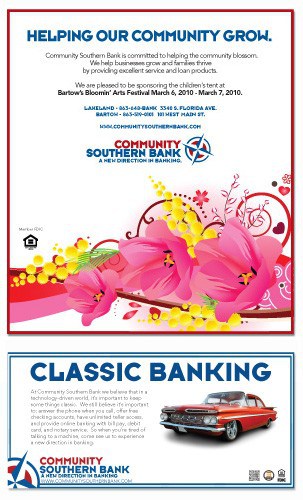 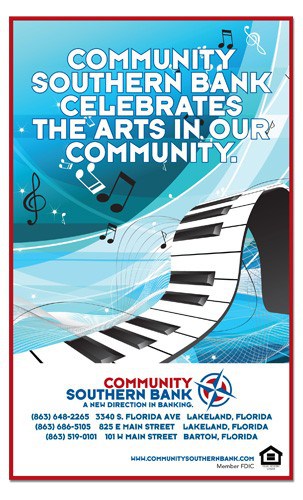 A group of business leaders in Lakeland, Florida wanted to start a de novo bank to fill the void that was created when a community bank was acquired by a large national corporation. In a market already flooded with large national and regional banks, generating a powerful first impression — on a modest budget – was imperative. Third Wing’s role was to help provide a strong and memorable introduction to the market, as well as continually enhance the Bank’s brand awareness as it matured.

Our role was to help provide a strong and memorable introduction to the market, as well as continually enhance brand awareness as the Bank matured.

Initially, Third Wing helped the Bank rapidly develop a polished and professional corporate identity for use in raising capital. A striking corporate identity, including logo, signage, and tag line (“A New Direction in Banking”) was developed along with a compelling investor presentation.

In 2012, Community Southern Bank has five branches, a Bauer five star rating, a well-established community acceptance, and assets well over the $200 million mark. A strong brand awareness campaign continues to capitalize on the Bank’s favorable reputation in the market.