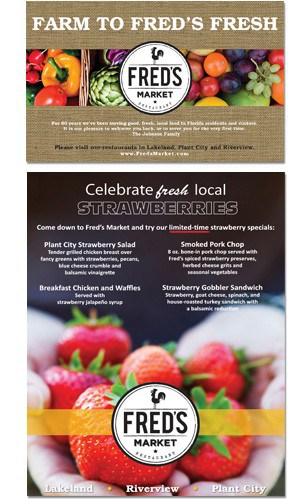 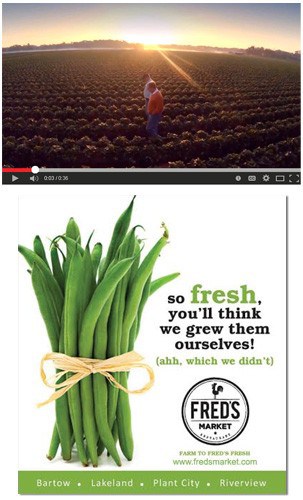 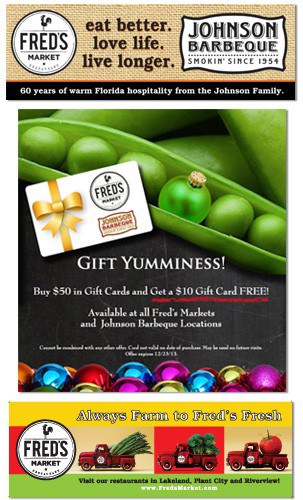 Fred’s Market and Johnson Barbecue are brands of 1Box Hospitality, a Florida-based restaurant chain owned and run by the Johnson Family since 1954. The popular restaurants are beloved by local residents, but the owners of 1Box sought to broaden their market and contemporize their marketing.

The challenge for the owners was to keep pace with changing trends in restaurant fare, while continuing to appeal to its current loyal customers.

1Box Hospitality turned to Third Wing for a campaign to help grow awareness of its offerings in the Central Florida market as well as extend the new look and language within the restaurants.

Third Wing developed a “Farm to Fred’s Fresh” marketing concept taking advantage of Florida’s seasonal fruits and vegetables.  By promoting limited-time, seasonal menu items, a sense of urgency was created while reinforcing Fred’s dining concept of truly fresh, homemade food. It has also lead to an increase of awareness and sales of a la cart menu items.