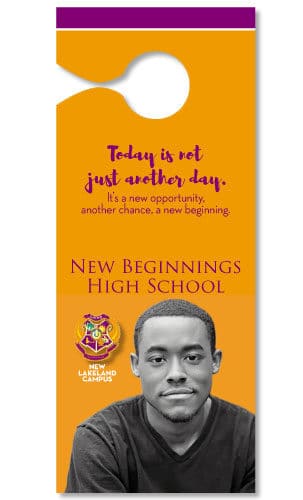 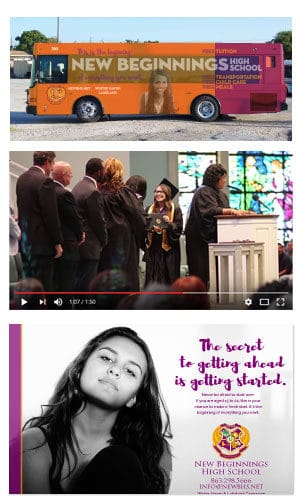 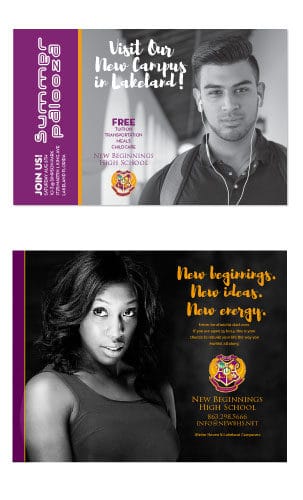 New Beginnings High School (NBHS) is a charter school in Central Florida. Unlike other charter schools that attract the cream of the academic crop, NBHS was founded to serve students 15-24 years of age who have not been successful in traditional schools and have not graduated. The student population of NBHS is very diverse. Some students dropped out because they were incarcerated. Many are homeless and experienced bullying because their clothing was not clean and they did not have good hygiene. Many are parents and most have jobs.

Raising Awareness of New Beginnings High School in the Community

The need to serve this population is great and the benefits to the community are enormous but there was little awareness of the school.

Third Wing was charged with raising the awareness of the school in the community as well as among potential students.

Strategies put in place include door hangers, yard signs, outdoor boards, radio, banners on the buildings, a bus wrap and brochures. I addition an event was held in the community and speaking engagements are booked for the founder and CEO.

The school opened a second campus to accommodate the approximately 500+ students that need a high school diploma. Third Wing is proud to work with such a worthwhile organization.