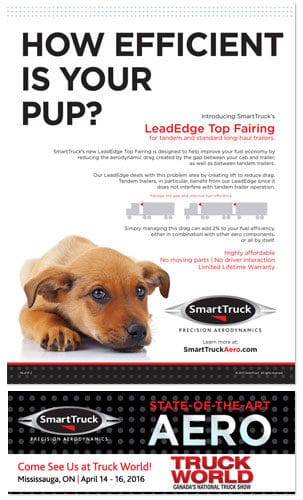 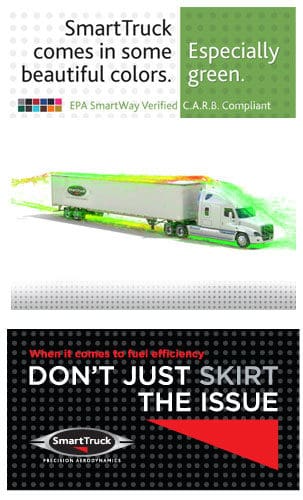 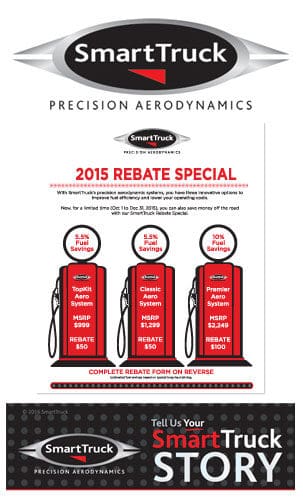 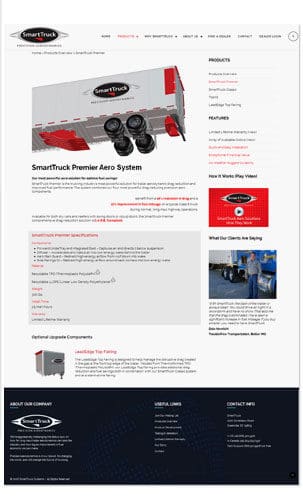 From Identifying the Customer to Closing the Sale

SmartTruck, the leading maker of precision aerodynamic equipment for the trucking industry, was seeking to reboot  its marketing strategy.  SmartTruck had a terrific product that could meet an enormous industry need: reducing aerodynamic drag on trailers, resulting in more efficient fuel mileage and lower emissions.  With government regulations poised to raise emission control standards, the opportunity for rapidly growing market share was clear.   But Third Wing’s research and analysis showed that SmartTruck had no recognizable brand,  the level of awareness – despite a mid-six-figure advertising budget — was modest at best,  and there was not a clear pathway to grow the business commensurate with its market opportunity.

The challenge was to leverage smart marketing and disciplined business development to the benefit of the SmartTruck brand.

The Third Wing team began by undertaking a year-long effort to revitalize the brand look and positioning, building on the strength of the products and telling the ‘science story’ that went into building them.

A new, fully optimized website was built, the products were repositioned and renamed, and accompanying sales materials revised so that all communications had a unified look and message.  A new media and public relations plan supporting specific strategies and events was implemented at a much lower cost, with other vehicles such as social media, direct mail, SIRIUS radio, and others used tactically and evaluated for effectiveness.

Most critically, Third Wing led the company into a more targeted prospect identification and development process, including implementation of a new CRM, and careful segmentation of the target audience into logical sectors to receive differentiated and relevant messages.  Supporting the SmartTruck sales team with a coordinated effort to find, reach, and develop prospects into business – coupled with highly individualized marketing campaigns –  has led to rapid growth of new sales opportunities.