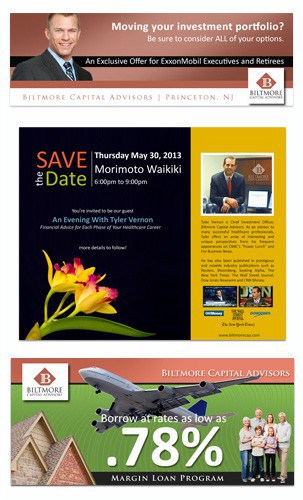 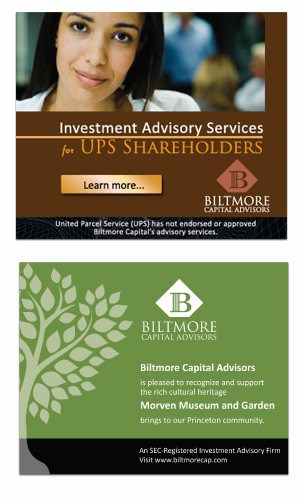 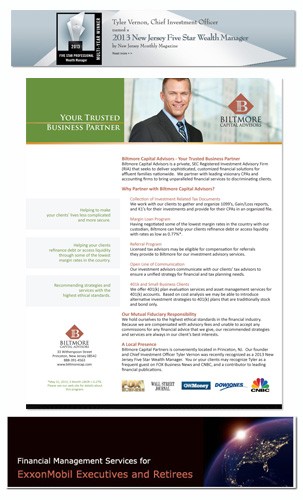 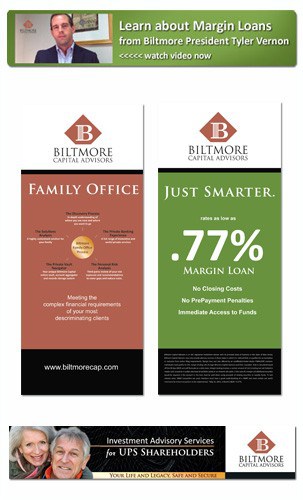 While Biltmore’s existing marketing efforts yielded some successes, the firm was too busy with new and current clients to dedicate in-house resources to building marketing campaigns, an expanded prospect database, and a methodology for measuring the success of current and past marketing investments.

The first task was to develop a pipeline of new targeted prospects in areas where Biltmore already had a significant client base, such as executives and retirees of UPS, and enhance messaging for key product offerings, such as the highly favorable margin loan rates that Biltmore is able to offer through their custodian.

The second task was to develop informative, appealing and approachable marketing campaign materials that successfully convey the specific and unique value proposition offered by Biltmore to its highly discerning clients.  We attempt to cross-leverage, wherever possible, the fairly frequent, high profile media appearances of the company’s president at media outlets including FOX Business, CNBC, Bloomberg and the Wall Street Journal.

As the campaigns  – and valuable prospect lists – continue to attract and develop relationships into business, Third Wing has also been able to test, evaluate and exploit the specific tools such as YouTube videos, Constant Contact emails, SEM, direct mail and print collateral, that most effectively deliver the appropriate messages to the most qualified prospects.